A Quick Guide to Zinc 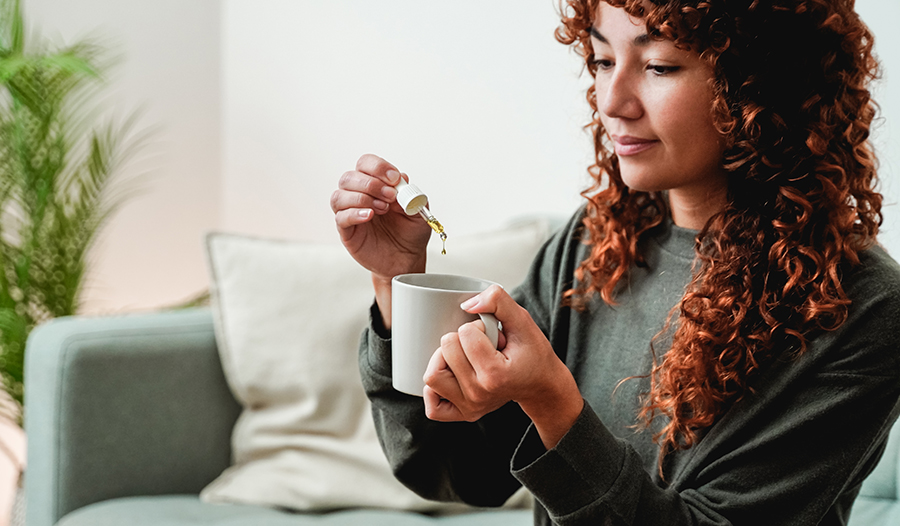 The Health Benefits of Zinc

Zinc is a trace mineral that found in virtually every cell in the body and is a component in over 200 enzymes. Enzymes are molecules involved in speeding up chemical reactions necessary for human bodily function. Zinc functions in more enzymatic reactions than any other mineral. Most enzymes are composed of a protein along with an essential mineral and possibly a vitamin. If an enzyme is lacking the essential mineral or vitamin, it cannot function properly. If zinc levels are low it affects virtually every system of the body due to its central role in so many enzymes. In addition to its role in enzymes, zinc is required for proper action of many body hormones including insulin, growth hormone, and sex hormones.

Adequate zinc levels are absolutely essential to good health. The beneficial effects of zinc are extensive given the fact that it is involved in so many enzyme and body functions. It is especially important to proper immune function, wound healing, sensory functions, sexual function, and skin health.

Although severe zinc deficiency is very rare in developed countries, it is believed that many individuals in the United States have a marginal zinc deficiency, especially in the elderly population. The zinc deficiency can be caused by decreased intake and/or utilization. Dietary surveys indicate that average zinc intakes range from only 47% to 67% of the RDA. Marginal zinc deficiency may be reflected by an increased susceptibility to infection, poor wound healing, a decreased sense of taste or smell, and a number of minor skin disorders including acne, eczema, and psoriasis. Some other physical findings that often correlate with low zinc status include: decreased ability to see at night or with poor lighting, growth retardation, testicular atrophy, mouth ulcers, a white coating on the tongue, and marked halitosis.

Several double-blind studies have demonstrated zinc supplementation to produce similar results to tetracycline (an antibiotic) in superficial acne and superior results in deeper acne. Although some people in these studies showed dramatic improvement immediately, the majority usually required 12 weeks of supplementation before good results were achieved.

Zinc deficiency is one of the most common nutrient deficiencies in the elderly and has been suggested to be a major factor in the development of Alzheimer's disease. Preliminary studies with zinc supplementation have shown some beneficial effects. In one small study, 10 patients with Alzheimer's disease were given 27 mg of zinc (as zinc aspartate) daily. Only two patients failed to show improvement in memory, understanding, communication, and social contact.

Zinc possesses some direct antiviral activity, including antiviral activity against several viruses that can cause the common cold. The use of zinc supplementation, particularly as a lozenge, appears to be of much value during a cold. However, while some studies showed great results, others did not. This inconsistency is thought to be due to an ineffective lozenge formulation in the negative studies. In order for zinc to be effective, it must be free (ionized) in saliva. Citric acid appears to reduce the effectiveness. Therefore, be sure to use zinc lozenges free of citric acid. It is also important when using zinc-containing lozenges for the relief of a sore throat or common cold, do not eat or drink citrus fruits or juices 1/2 before and after dissolving lozenge, as the citric acid will negate the effect of zinc.

Zinc is involved in virtually all aspects of insulin metabolism: synthesis, secretion, and utilization. Without sufficient zinc, insulin simply does not work properly. Zinc supplementation, as well as virtually all other water soluble vitamins and minerals, is very important as diabetics typically excrete too much zinc and other water-soluble nutrients in the urine. Several studies have shown zinc supplementation to improve insulin sensitivity in people with prediabetes or diabetes. Zinc is also important for proper wound healing and immune function that is critical in diabetes.

Zinc is critical for male sexual function. It is involved in hormone metabolism, sperm formation, and sperm motility. Zinc deficiency is characterized by, among many other things, decreased testosterone levels and sperm counts. Zinc levels are typically much lower in infertile men with low sperm counts indicating that a low zinc status may be the contributing factor to the infertility. Several double-blind studies have shown that zinc supplementation can improve sperm counts and motility. It is especially effective in boosting sperm counts in men with low testosterone levels.

Zinc has been shown to be beneficial in reducing vision loss in the treatment of age-related macular degeneration (ARMD). Zinc plays an essential role in the metabolism of the retina, and the elderly are at high risk for zinc deficiency. In addition to the studies with a combination of nutrients, zinc alone has been shown to improve ARMD. In fact, it was the impressive results with zinc supplementation that led to the famous he Age-Related Eye Disease Studies conducted by the National Institutes of Health (NIH).

Low zinc levels are linked to premature births, low birth weight, growth retardation, and pre-eclampsia - a serious condition of pregnancy associated with elevations in blood pressure, fluid retention, and loss of protein in the urine. Studies of zinc supplementation in pregnancy have that the zinc-supplemented group demonstrated greater body weight and head circumference compared to the placebo group and fewer complications of pregnancy.

Zinc has antioxidant effects as well as functions in the antioxidant enzyme superoxide dismutase (copper-zinc SOD). Zinc levels are typically reduced in patients with rheumatoid arthritis and several studies have used zinc in the treatment of rheumatoid arthritis, with some of the studies demonstrating a slight therapeutic effect. Most of the studies utilized zinc in the form of sulfate. Better results may have been produced by using a more absorbable form of zinc.

During the common cold, use lozenges that supply 15 to 25 mg of elemental zinc and dissolve them in the mouth every two waking hours after an initial double dose. Continue for up to seven days. Because high doses of zinc can impair immune function, avoid a daily intake of greater than 150 mg of zinc for longer than one week.

There are many forms of zinc to choose from. While many clinical studies have utilized zinc sulfate, this form is not as well absorbed as other forms such as zinc picolinate, acetate, citrate, bisglycinate, oxide, or monomethionine are all excellent forms of zinc. There is data to support each of these forms as being very well-absorbed and able to produce benefits. Most zinc lozenges are made with zinc gluconate, which appears to be an effective form for this application.

If taken on an empty stomach (particularly if taking zinc sulfate), zinc supplementation can result in gastrointestinal upset and nausea. Prolonged intake at levels greater than 150 mg per day may lead to anemia, reduced HDL-cholesterol levels, and decreased immune function.

Zinc may decrease the absorption of tetracycline and ciprofloxacin. Take any zinc supplement at least 2 hours before or after taking these antibiotics.

Use of the following drugs increases the loss of zinc from the body or interferes with absorption: aspirin; AZT (azidothymidine); captopril; enalapril; estrogens (oral contraceptives and Premarin®); penicillamine; and the thiazide class of diuretics. Supplementation may be required to maintain zinc status in people taking these drugs.

Ashwagandha is an adaptogenic herb known for its stress relieving benefits. It may also help with brain function, muscle mass, thyroid problems and reproductive health.

Why Taking Zinc and Probiotics May Benefit Immune Health

While zinc and probiotics each offer support for your immune system and healthy digestion, when combined they are even more powerful.